LA Galaxy forward Landon Donovan is assisted in stretching by trainer Kurt Andrews during a training session at StubHub Center in Carson, Calif., Saturday, May 24, 2014. Donovan, the most accomplished American player in the history of men's soccer, won't be going to his fourth World Cup. The 32-year-old attacker, who set the national team record for goals and assists while winning five titles in Major League Soccer, was among seven players cut Thursday when coach Jurgen Klinsmann got down to the 23-man limit well before the June 2 deadline. (AP Photo/Ringo H.W. Chiu) 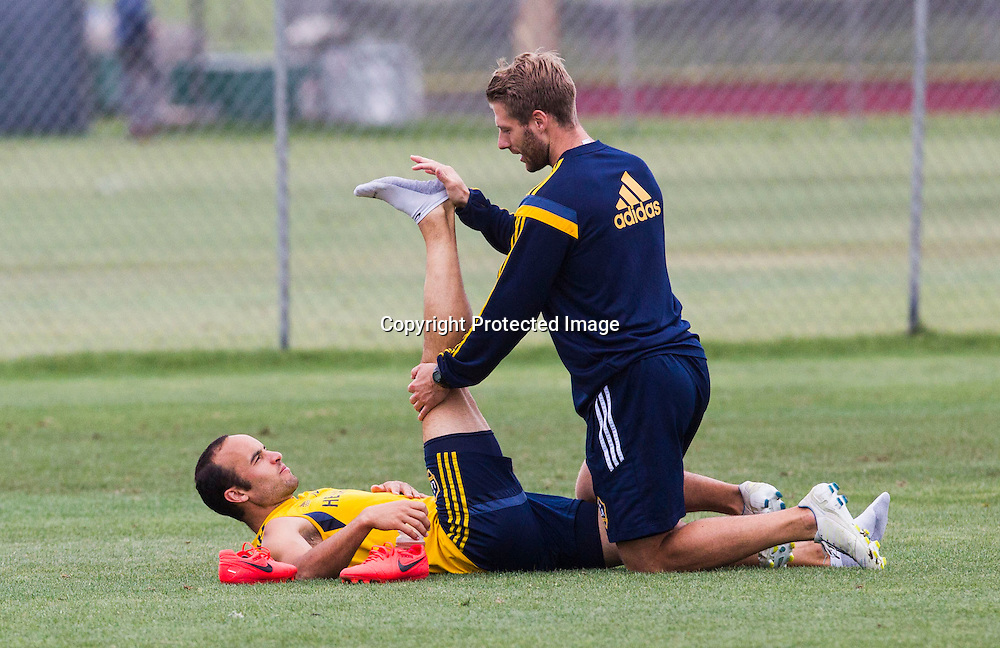