Los Angeles Mayor Eric Garcetti, left, council president Herb Wesson, center, greet with supporters before he signs into law an ordinance that will gradually raise the minimum wage to $15.00 an hour by 2020, making Los Angeles the largest U.S. city to do so, in a ceremony at Martin Luther King Jr. Park in Los Angeles Saturday, June 13, 2015. The ordinance boosts the wage to $10.50 in July 2016, followed by annual increases to $12, $13.25, $14.25 and $15. Small businesses and certain nonprofits get an extra year to phase in the increases. Seattle and San Francisco also have passed laws that gradually raise the hourly minimum wage to $15. (AP Photo/Ringo H.W. Chiu) 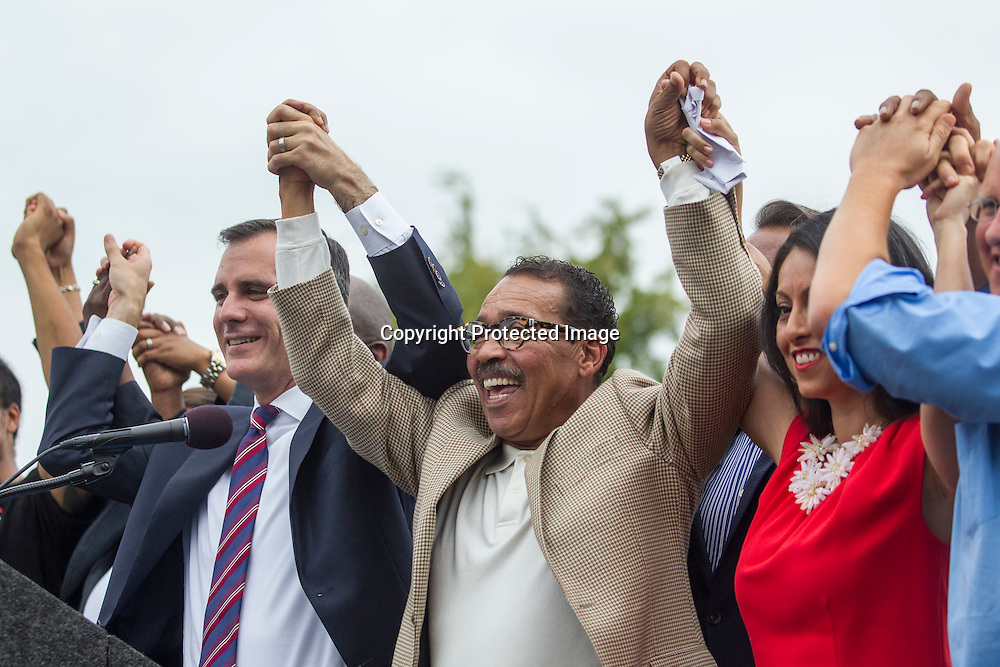