Los Angeles Galaxy star David Beckham #23 greets with his fan after his farewell game in the Major League Soccer (MLS) Cup final at the Home Depot Center on December 1, 2012 in Carson, California. The Galaxy defeated Houston Dynamo 3-1 to win the MLS Cup Championship. Beckham will be leaving the team after the game. He joined the L.A. Galaxy back on January 11, 2007, when he signed a 5-year contract worth $32.5 million. He has played in over 98 games during his six season stint with the Galaxy and just last season was named an MLS all-star while notching a career best 15 assists in MLS play. (Photo by Ringo Chiu/ PHOTOFORMULA.com).. 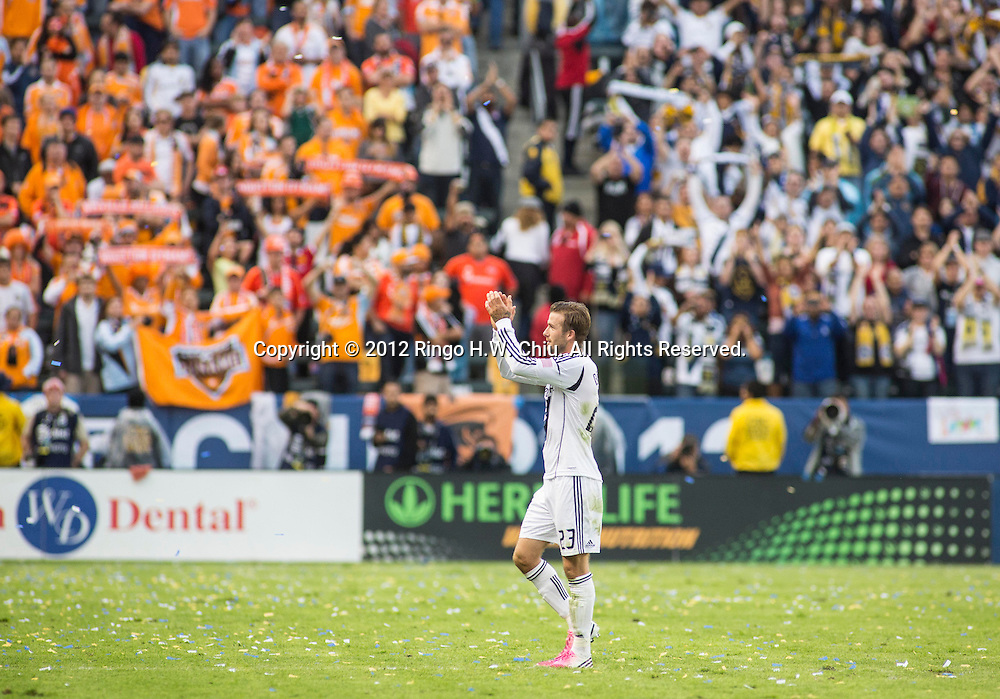