Former U.S. Vice President and Nobel laureate Al Gore joins Los Angeles Mayor Antonia Villaraigosa in a press conference in front of the Los Angeles Department of Water building on Friday March 22, 2013, to announce Los Angeles plans to become the largest coal-free city in the country by shifting the Los Angeles Department of Water and Power off ?dirty? coal and replacing it with renewable energy sources and natural gas. LADWP currently gets 70 percent of its energy from coal plants. Gore included Los Angeles among the top five cities in the world ``where combating global warming is concerned.'' Only the cities of London, Toronto, Copenhagen and Berlin have ``tried to do something like this,'' he said, adding that Los Angeles would be the first American city to become coal-free.(Photo by Ringo Chiu/PHOTOFORMULA.com). 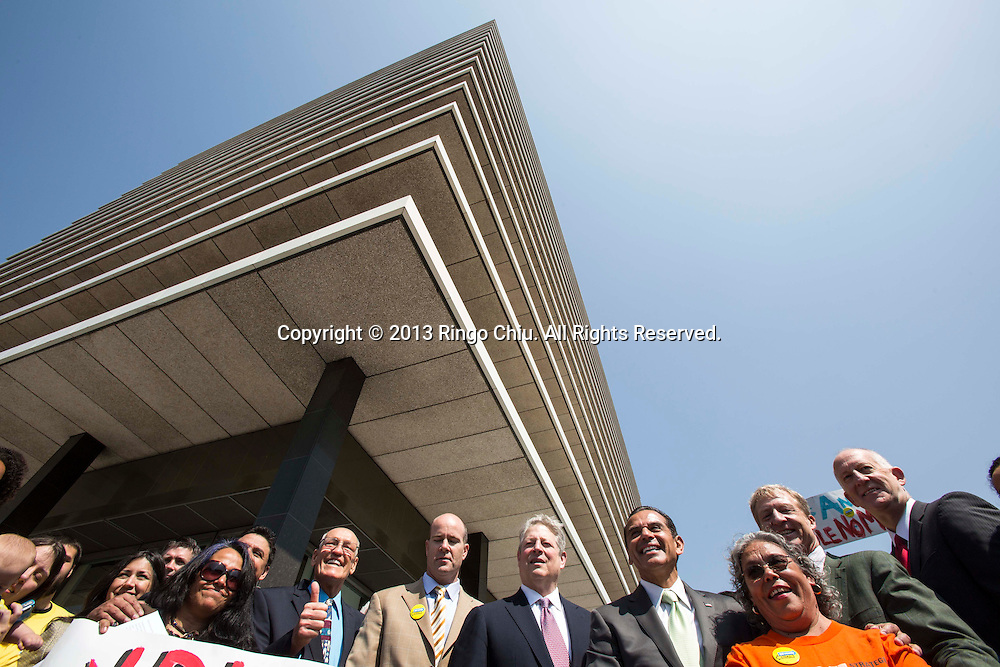