Yellow police tape seals off the home of actor Michael Jace on Tuesday, May 20, 2014, in Los Angeles. Jace, who played a police officer on the hit TV show "The Shield," was arrested on suspicion of homicide after his wife was found shot to death in their Los Angeles home, authorities said. Police arrived at the couple's home around 8:30 p.m. Monday after a report of shots fired, Officer Chris No said. April Jace, 40, was found dead inside, officials said. Jace was taken into custody and booked early Tuesday on suspicion of homicide, No said. He was being held in a Los Angeles jail in lieu of $1 million bail. (AP Photo/Ringo H.W. Chiu) 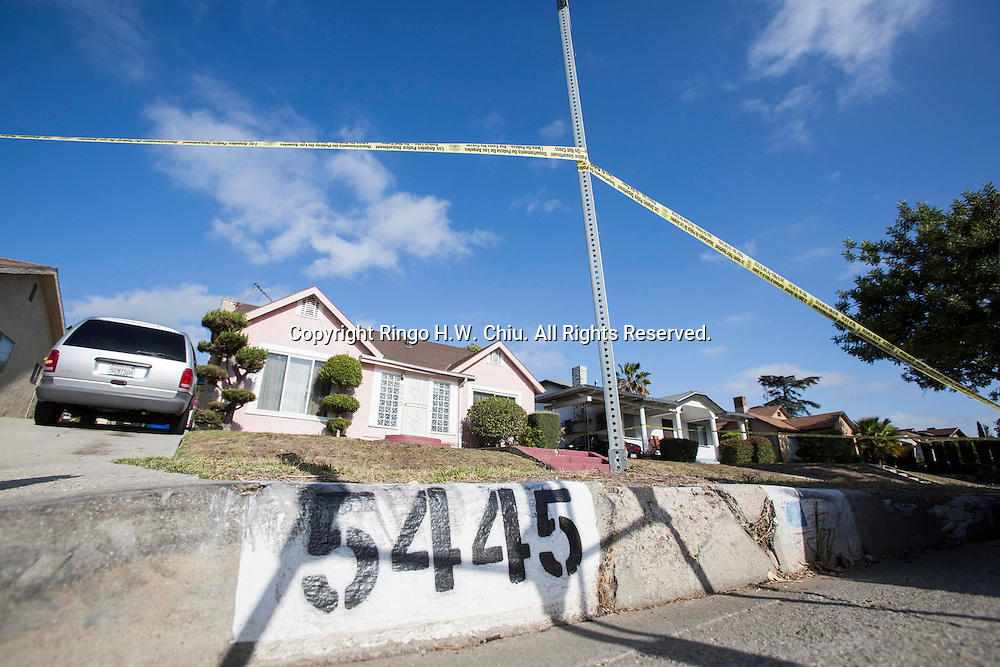