Los Angeles Galaxy star David Beckham #23 chases a ball against Houston Dynamo's Ricardo Clark #13 during his farewell game in the Major League Soccer (MLS) Cup final at the Home Depot Center on December 1, 2012 in Carson, California. The Galaxy defeated Houston Dynamo 3-1 to win the MLS Cup Championship. Beckham will be leaving the team after the game. He joined the L.A. Galaxy back on January 11, 2007, when he signed a 5-year contract worth $32.5 million. He has played in over 98 games during his six season stint with the Galaxy and just last season was named an MLS all-star while notching a career best 15 assists in MLS play. (Photo by Ringo Chiu/ PHOTOFORMULA.com).. 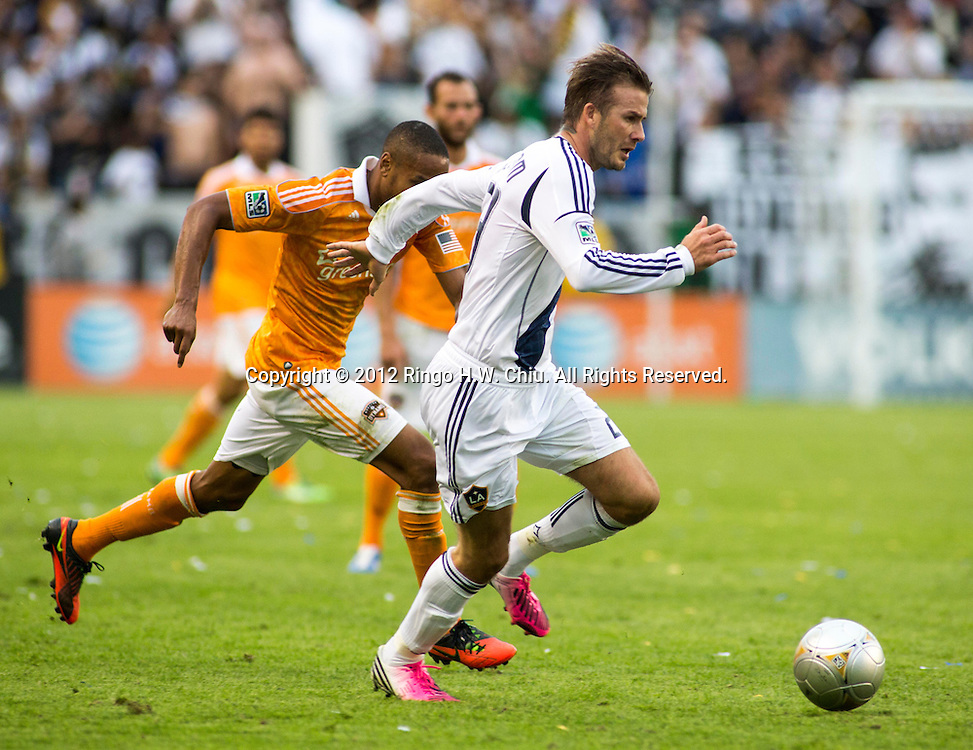